G.I. Joe: A Real American Hero began with a five-part mini-series aired in 1983, which was alternately known as "The MASS Device" when it was re-aired during the series' syndication. The plot centers on the titular MASS Device, a powerful matter-transporter, and G.I. Joe and Cobra's race around the world to acquire the three catalytic elements which power the machine. A second five-part mini-series followed in 1984, "The Revenge of Cobra", with a similar plot that involved the Joes and Cobras travelling around the world to recover the scattered fragments of Cobra's new weather-controlling weapon, the Weather Dominator. Both mini-series were written by Ron Friedman.

G.I. Joe was promoted to an ongoing series in 1985, with an initial order for a first season of 55 more episodes (in order to make up the required 65 episodes for syndication). This season began with a third Friedman-penned five-part adventure, "The Pyramid of Darkness", which originally aired in prime time[citation needed]; the story sees most of the existing cast from the two previous mini-series held captive by Cobra, while a new assortment of characters (that is, the new 1985 range of toys) thwart Cobra's attempts to surround the Earth with the electricity-negating Pyramid of Darkness. Both the new and old characters then shared the spotlight throughout the course of the remaining fifty episodes of the series, which were primarily stand-alone single-episode adventures, with the occasional two-part story. The season was story edited by Steve Gerber.

A second season of 30 episodes followed in 1986, beginning with a fourth five-part story, "Arise, Serpentor, Arise!" in which Cobra scientist Doctor Mindbender uses the DNA of history's most ruthless conquerors and rulers to genetically engineer Serpentor, who takes Cobra Commander's place as leader of Cobra. This mini-series introduced the new 1986 range of toys into the story, who were at the center of most stories across the rest of the season; in particular, the mini-series debuted former WWF and then-current AWA professional wrestlerSgt. Slaughter as a member of G.I. Joe, played by himself. For this season, Buzz Dixon replaced Steve Gerber as story editor. 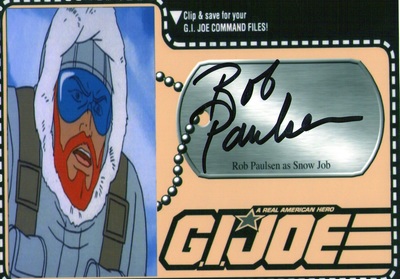 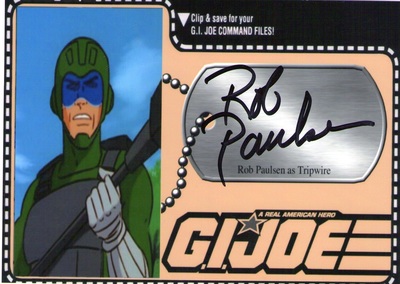